Opening Our Eyes: Symbols are Important 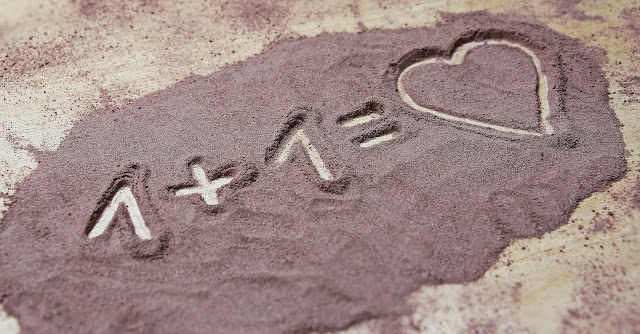 The stylized heart shape is an example of an archetype because it is a universally recognize symbol for love -- both romantic and general love.
by Michael Corthell
SYMBOLISM
Symbols are a kind of pictorial shorthand, not unlike hieroglyphics, and they are important because they facilitate communication and identification of ideas, and other concepts based on what those symbols represent. They can have both literal as well as figurative meanings. Symbols can be used to signify individuals, groups of people, organizations or ideological concepts.

The left-facing swastika(L) is a Holy symbol in the Bon and Mahāyāna Buddhist traditions, while the right-facing(R) is regarded as a symbol of German fascism and death. You will also notice that they are inversions and opposites, just as 'Evil' reversed is 'Live'.
NEGATIVE SYMBOLISM
Often, a symbol's meaning has great cultural significance, but one symbol can mean two different things in different cultures or belief systems. An example of this is the swastika. To Hindus and Buddhists, it is a sacred symbol, but to much of the rest of the world, it is a symbol that signifies the death and destruction associated with the Nazi Party. 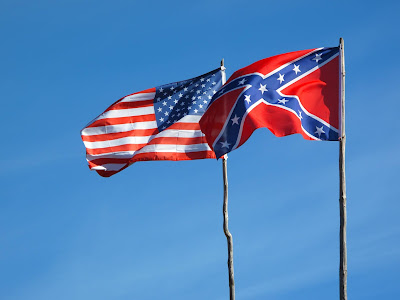 The symbolism of the United States of America flag is well known: 'liberty and justice for all', while one version of the Confederate States of America flag is now becoming well known as a symbol of hate, treason and slavery.
A symbol that means the same to all who see it is called an archetypical symbol. These symbols have universal meanings and can be used in literature, artwork and other mediums. They have been accepted by all cultures and are generally non-changing. 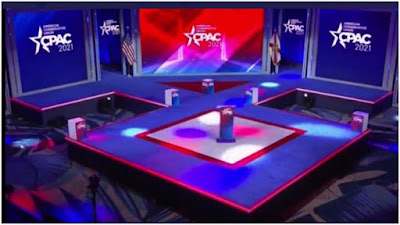 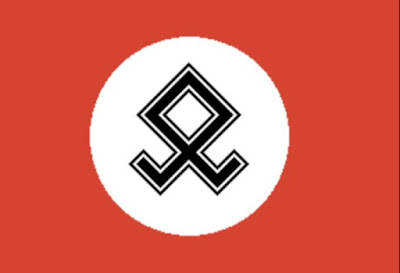 The CPAC2021 stage on the top resembles a known SS Nazi insignia. If it was an error, or a coincidence, we should see an apology with the stage being changed out before former president Trump speaks on that stage. If not it was an intentional reference to white nationalism and white supremacy.
TOWARD A POSITIVE FUTURE 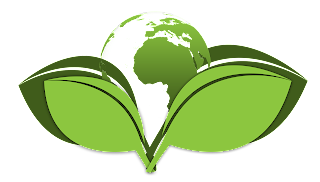 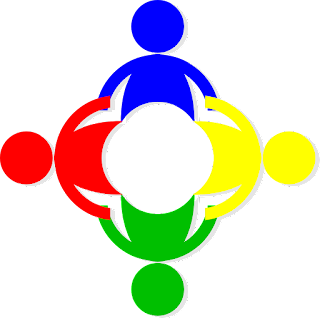 These are newer symbols. The top symbol is named 'rebirth' and the one below it 'unity'.
In other times different symbols were predominant, and shaped our collective life more than we may realize. New symbols are now appearing in our world that belong to our future, to the next era.

These emerging images will start to help revitalizing our global civilization; they will connect us by showing how life is changing and evolving. It is important that we recognize these images, become aware of how the deeper meaning of life is communing with us.

These symbols may appear in unexpected places, even in the midst of ordinary activities in our daily life. Look for them.
____________________
How Symbols and Brands Shape Our Humanity
"Branding is the profound manifestation of the human spirit," says designer and podcaster Debbie Millman. In a historical odyssey that she illustrated herself, Millman traces the evolution of branding, from cave paintings to flags to beer labels and beyond. She explores the power of symbols to unite people, beginning with prehistoric communities who used them to represent beliefs and identify affiliations to modern companies that adopt logos and trademarks to market their products -- and explains how branding reflects the state of humanity.
[There is an excellent explanation/history of the 'swastika' starting at the 7:00 min mark.]
Archetype Flags Symbols