Prime Mover: First Cause: God: One with Us 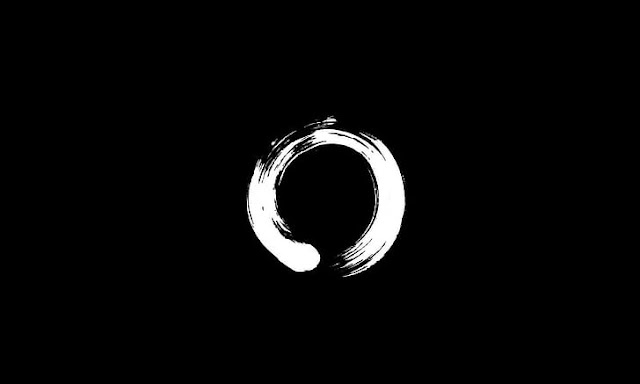 In Buddhist teaching, Skandhas refers to the five aggregates concept that asserts that these five elements make up and completely explain a sentient being’s mental and physical existence.

The five aggregates or heaps are: 1. form (or matter or body) (rupa), 2. sensations (or feelings, received from form) (vedana), 3. perceptions (samjna), 4. mental activity or formations (sankhara), and 5. consciousness (vijnana).

The use of the 5 Elements concept to explain the being or 'self' is a philosophical concept unique to Buddhism among major Indian religions, meaning that is not shared by Hinduism and Jainism, which believe that a living being has a soul, a metaphysical, spiritual self.

The Buddha included his explanation of the skandhas into many of his teachings. The primary concept that he wanted every human being to understand is that the skandhas are not you, the individual. In fact they are temporary, conditioned phenomena. You merely need them to operate your vehicle (body) in the material Universe.

In several sermons the Buddha taught that clinging to these aggregates as "me" is illusion.


When we realize these aggregates are just temporary phenomena and not the 'me', we are on the path to enlightenment, which is to know the Truth.

I will pause here to answer a question, one that has been asked many times. ''Why does a Christian teacher review, critique or teach about other religions?'' Some go so far as to say, what has possessed you? The short answer is that all religions or theologies have Truth in them. This primary truth: creation/love, is needed to be presented in various ways to match, (that is make it 'digestible',) to the culture it is presented in. The reason for so many religions is similar in nature, to the reason why we have so many languages. Again a simple short answer: segregation until it is time for unification. Humanity being of one mind with God.

Continuing with the Skandhas concept. The following excerpt of a teaching by Buddhist Zen Master Thich Nhat Hanh will shed more light on this Truth (of universal self):

''The five skandhas, which may be translated into English as five heaps, or five aggregates, are the five elements that comprise a human being. These five elements flow like a river in every one of us. In fact, these are really five rivers flowing together in us: the river of form, which means our bodies; the river of feelings; the river of perceptions; the river of mental formations; and the river of consciousness. They are always flowing in us. So according to Avalokita, when he looked deeply into the nature of these five rivers, he suddenly saw that all five are empty.''

If we ask, “Empty of what?” he has to answer. And this is what he said: “They are empty of a separate self.” That means none of these five rivers can exist by itself alone. Each of the five rivers has to be made by the other four. It has to coexist; it has to inter-be with all the others.''

I find much detail in Buddhist teaching, which makes it very interesting to study, and learn, but when it's boiled down in study and through understanding, the one universal Truth can be plainly seen: God is not only love, He is also One and One with us. This is what I call the 'divine partnership'. It is how we become Holy.

Finally, in eastern theology a mindset is revealed. It can be illustrate in this way:

In the western world, when we draw a circle, it can be called a 'zero', or nothingness. But in India and many other eastern countries, a circle means totality, wholeness. The meaning is the opposite.

Let's try this for an analogy. How do we define a black hole in space? By its wholeness. By definition, this fixture, that is at the center of all galaxies, captures all matter, including all light available to it (that touches its event horizon). A hole that contains all (available to it). A hole that is black but wholly full of light.

''If the Universe exists, then the smallest mote
of dust exists.

and relating to us all:

We Can All Be Buddhas

by Robert Thurman
Buddhist scholar The first American to be ordained a Tibetan Monk by the Dalai Lama,
Robert A.F. Thurman is a scholar, author and tireless proponent of peace. Full bio

In our hyperlinked world, we can know almost anything, at anytime. And this mass enlightenment, says Buddhist scholar Bob Thurman, is our first step toward Buddha nature.