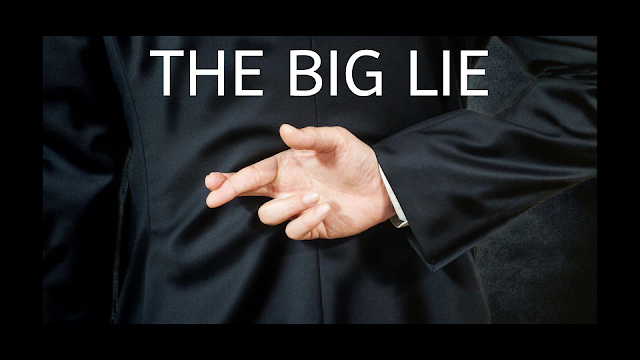 
''...God sends them a powerful delusion so that they will believe the lie and so that all will be condemned who have not believed the truth...''
2 Thessalonians 2

Delusional thinking is something that we all practice. This type of thinking is on a continuum from very mild to a extreme detachment from reality. For instance, when we go to the movies we all tend to, ''suspend our disbelief''.

We as human beings generally love being fooled. That is why magicians and slight of hand artists draw large crowds. These instances are mild and not dangerous, but mass delusional thinking is not, such as what gripped Germany in the pre-World War Two era. Both ends of the scale fulfill a human need. The need to be lead and to feel secure, to know that someone else is taking responsibility for reality.

How do we handle delusional thinking? Or even mass hysteria and mass delusion? Let's look at the recognition of, and definition first.

Delusional disorders involve holding fixed beliefs that are definitely false but remain plausible to the sufferer. Moreover, the sufferer believes in them very strongly. Most often the person's behaviors are generally normal apart from the delusional element. There are several types of delusional disorders, including grandiose, jealousy, persecutory, and hypochondria. Always remember that the mind is an incredible force and is capable of many strange imaginings that seem very real to the individual imagining them.

Fully understand what delusion is. A delusion is a fixed belief that does not change even with rational proof presented to the deluded person.

Also understand that certain disorders can manifest delusions. There are several official disorders that can have hallucinations or delusions or both, some of these include schizophrenia, bipolar disorder, depression, delirium, dementia.

Mass delusion is a condition in which a large group of people exhibit similar physical or emotional symptoms, such as anxiety or extreme excitement about a certain belief or beliefs.

A famous example of mass delusion is the Salem Witch trials in the late 1600's. In 1692, Salem Village (now Danvers, Massachusetts) was the scene of a moral panic that spread throughout the area and involved witchcraft accusations which led to trials, torture, imprisonment, and executions. Others died in jail or during torture. Some social historians place the blame on a root fungus, others on the puritanical religious climate. This is why we call the delusional practices of Sen. Joseph McCarthy in 1951, ''witch hunts''.

How do we handle delusional people or groups of delusional people? Concerning mass delusions, truth telling is the best way. Calmly presenting the truth. Avoid saying things like, ''You have to believe this is a lie.'' or '' You are stupid for believing this.'' Be positive minded in presenting the pure, rational truth by using and stating verifiable facts.

An individual needs to be supported emotional and feel that they are understood. Severely affected people may need to be see by a professional. Lay people cannot treat this type of mental disorder. We can be helpful and kind while trying to convince the person to get help.

Thankfully most people are positively affected by the common sense of the majority and the mass delusion does dissipate, but we as a society and as people get very anxious about the damage that can be done in the mean time. Hold fast, and continue to speak up and tell the truth. If you are a believer, pray and pray often.

Pamela Meyer | How to Spot Deception

Lies. Deception. Dishonesty. We all do it. Some, more than others. But how often? For what reasons? What tools do we use to deceive?
Certified fraud examiner and best-selling author of "Liespotting" Pamela Meyer delights the audience with shortcuts, tips and tricks for detecting deception and why it's a value add to your human interactions.
Big Lie Deception delusion