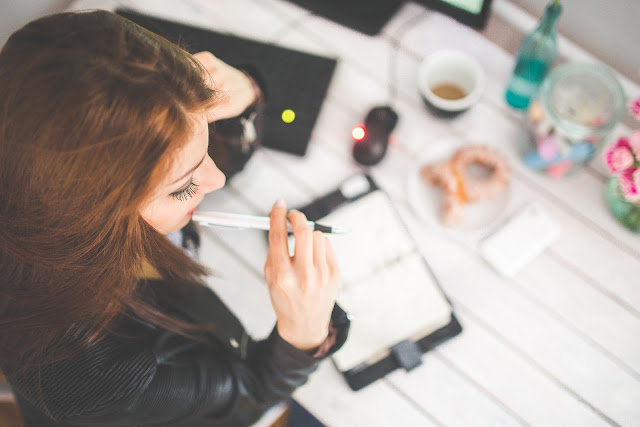 
Every minute you spend organizing, is an hour earned.

''If only I could be better organized!''  We've all said that. For some it is a very easy task, but for most it is difficult and tedious. Being well organized is one of the keys to a productive and successful life. There is no way to get around that one fact.

People that you see who are very organized were not born that way. They may have been born with a predisposition to neatness, but they had to find their own way of doing things to stay organized day to day. 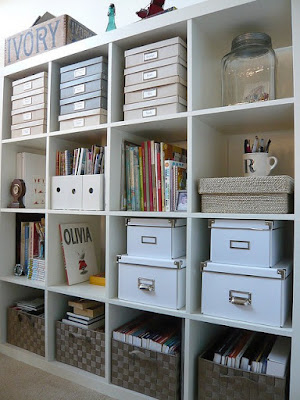 Here are the top ten basic habits that most organized people practice to keep everything in its place. Just remember to be creative and modify these suggestions to suit your personality and lifestyle.
Write it Down
People who are well organized need help. A pen and paper are your best friend. That's why it's number one on the list. The real trick is remembering where you put the paper you wrote on. Read on.
Set Schedules and Deadlines
Don't waste time. Make and keep schedules for the day and week. Recognize that keeping things organized goes hand-in-hand with staying productive. Just one thing; Stick with them!
Procrastination, don't do it!
This is the number one trait you don't want to have. It is the number one cause of failure in any enterprise. Get it DONE.
Everything has its place
It’s easy for things to get lost if they don’t have a home. Staying organized means keeping your things in their proper places. Organized people keep order by storing things and by labeling them.
Schedule decluttering time
Things do not stay organized on their own; it needs to be reorganized on a regular basis and done so consistently.
Downsize and keep only what you need
More stuff, more stuff to organize. Donate. Charity is love.
Find the places to donate - keep a list
Donate to your local thrift stores. Sell the stuff on Craigslist or eBay. How about the recycling center? Have a garage sale. The dump maybe?
Don't bargain shop if you don't have to
You've gotten rid the stuff you don't need. So, you wan to replace them with things you see on sale? Instead of bargain shopping, buy only those things that you really need. Make a list before you head out and stick to it!
Delegate
A truly organized life is not overflowing with meetings, errands and deadlines. Your new organized life will have less of them because these things have been slowly winnowed out. Go through your lists and find at least one item that you can remove or give to someone else.
Hard work
Thomas Jefferson said, "I am a great believer in luck, and I find the harder I work, the more I have of it." Of course he was right. Put honest effort into everything you do. Actually, put in a lot of effort when necessary, it will pay off long term.

Once you have delegated responsibilities and made a schedule, then you can organize what you have to do and when you can do it. Staying organized has nothing to do with coasting either, it means that you work hard knowing that when you work harder, you can enjoy your new clutter-free just that much faster.

Getting in control and creating space | David Allen | TEDxAmsterdam

For more than 20 years, David Allen has been a management consultant and executive coach. Allen’s first book Getting Things Done: The Art of Stress-Free Productivity, published in 2001, became a National Bestseller. Allen has been called a personal productivity guru whose work has been featured in Fast Company, Fortune, the Los Angeles Times, The New York Times, The Wall Street Journal, and other publications.

how to organize michael corthell organize