The Nature of Sound and Silence 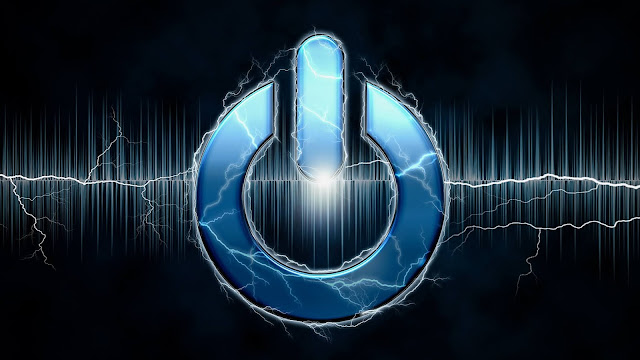 Sound: a vibration (wave) that travels through a transmission medium such as air or water.
by Michael Corthell

I have described previously the symbolic meaning of colors, which was fairly straight forward. The nature and meaning of sound symbolism is a bit less known and more difficult to describe. Color and sound are both transmitted on ''waves.''

In the case of sound, these waves are mechanical and require a medium for transmission, some type of molecular structure, like water or gas. These sound waves propagate via air molecules colliding with their neighbors, while color is transmitted on electromagnetic waves, radiation.

This type of wave or oscillation uses electrical and magnetic fields originally generated by charged particles, and they can therefore require no medium and can travel through a vacuum.

Whew, I'm glad we got through that. I told you that sound was more difficult to describe. It's complicated but it is important to comparatively understand the natures of sound and color as well as the method of their transmission.


''In every sound, the hidden silence sleeps.''
― Dejan Stojanovic

Sound symbolism is both described as word soundings that carry meaning like this:

"Sound symbolism is often the result of a secondary association. The words glow, gleam, glimmer, glare, glisten, glitter, glacier, and glide suggest that in English the combination gl- conveys the idea of sheen and smoothness. Against this background, glory, glee and glib emanate brightness by their very form, glance and glimpse reinforce our conclusion (because eyesight is inseparable from light), and glib has no other choice than to denote specious luster, and, indeed, in the sixteenth century, when it became known in English, it meant 'smooth and slippery.'" This type of sound symbolism is very interesting. For much more information on it click this link.

Sound, like color, affects our mood and thinking. It can, of course, also alter our behavior.

We hear thousands of varieties of noises each day. We hardly pay attention to them unless they are really irritating or very uncomfortable (like a jackhammer) and they have a potential to produce lasting changes to our physical and emotional wellbeing.

Marketing people know this and capitalize on the power of the nature of sound (and noise), to create an experience that evokes an emotional response. So it is a very good idea to be aware and intentional in what we listen to.  Let's become aware:

Sound 'Affects'. Different kinds of sounds can affect our ability to concentrate. Some of us are happy to work in crowded and noisy areas, while others need quiet.  Noise, for those of us who like to work in relative silence, will cause irritability, frustration, and sometimes evoke anger. Therefor, if possible, sound should be well managed.

Sound of Energy. Many of use the power of music to inspire us. A workout my require some heavy metal rock or a soaring and inspirational song. While creative pursuits or studying might need a bit of Beethoven. Or, just plain silence to bring out that inner voice.

The Sounds of Creativity. We know that certain sounds and noise can distract us, but some ambient noise has been proven to get our creative juices running and flowing. White noise and other random sounds, have the power to inspire us. Background noise can be the catalyst for excitement and passion for artists.

Sounds of Comfort. Your writer is one of those people, and you may be too, that plays nature sounds to fall asleep. I like the sound of the ocean surf. Or you may appreciate a rainy day for napping purposes. This is because natural noises have been proven to aid in relaxing us through the rhythm of repetition. These sounds can lessen feelings of anxiety and create a peaceful oasis of familiar sound because they are very similar to the rhythmic beating of the heart that we all experienced in our mother's womb. These sounds create a very healthy and serene environment.

Pay attention to the world around you. Sense it fully because all information is relevant, it is all there for a reason and that reason is to inform us.

4 Ways That Sound Affects Us
by Julian Treasure

The voice of the natural world
by Bernie Krause

Bernie Krause has been recording wild soundscapes -- the wind in the trees, the chirping of birds, the subtle sounds of insect larvae -- for 45 years. In that time, he has seen many environments radically altered by humans, sometimes even by practices thought to be environmentally safe. A surprising look at what we can learn through nature's symphonies, from the grunting of a sea anemone to the sad calls of a beaver in mourning.