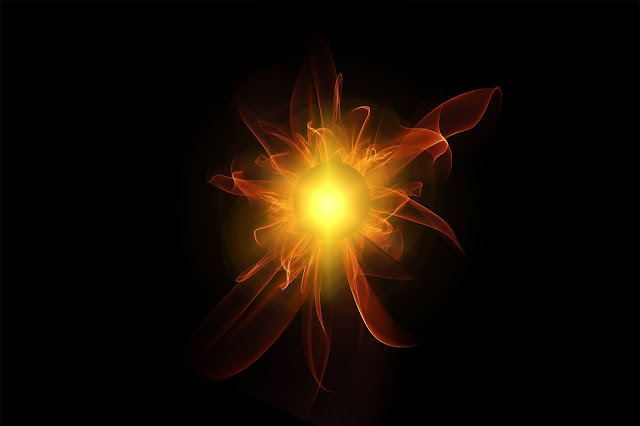 This article continues our look at the concept that we, matter and all life are connected.
This time we'll look from a Zen master's perspective and teaching, which is a distinctly Buddhist point view. But it is also a Christian concept as well. It concerns a newly coined word called 'inter-being' which I will equate to holiness.

''When you learn about the teaching and the practice of another tradition,
you always have a chance to understand your own teaching and practice.''
—Thach Nhat Hanh

Thich Nhat Hanh, a Vietnamese Buddhist teacher developed the concept and used the word after an incident during the Franco-Vietnam war, when soldiers came to his temple and demanded all the rice. He pondered that under different circumstances he and the soldiers would have become good friends. This thinking lead to the 'inter-being' concept and then to the Order of Interbeing that has now spread across the world.

Hanh suggested 'inter-being' as a replacement word for the verb "to be''. It basically means to inter-dependently co-exist. 'Inter-being' further means, ''the dependence of any one person or thing as to all other people and objects.''
He said, ''Not only is no man an island, but rather his 'inter-being' is shared with the plants and animals he eats, the people who make his clothes and food, the people who populate his home, country and the very world he perceives, the insects that pollinate the trees that yield his fruit, shade him from the sun, and provide lumber for his house.''

To sum up, somewhat simply; whatever seems or appears to be an isolated object or thing is really a combination of its elements, an aggregate. These elements or 'basics' are the influences from the other elements from which it is stitched and woven. And, in turn, those elements, too, are made up of other combinations. The Universe is an endless 'inter-net' comprised  infinite combinations.

The above is an over-simplification. These basic elements that make up the Universe are also patterns of dependency and interweaving. They are all relational. When we are all fully aware and awake, we all will see that there are only relationships and partnerships, because relationships are patterns of interaction. This concept certainly and surely describes the relationship between God and mankind, especially when we pray. This Divine give and take is, by definition, dynamic.

Lastly, we can see the concept of 'inter-being' in Christian text (and within all major religions I might add), from 1 Corinthians 12:

Inter-being, one body and the interconnectedness of all things brings us again to the singularity of God and answers the question, ''What is *Holiness?''

''If the bee disappears from the surface of the earth, man would have no more
than four years to live. No more bees, no more no more men!''
—Albert Einstein


Inter-being compels us to shape those words into a circle of interdependence: If we're in trouble, so are they. Their trouble is ours, and ours is theirs. Their lives and ours are interactive. We are among their others, they are among our others.

“Dance of the Honey Bee” from BillMoyers.com on Vimeo.
Buddhist Christian holy Zen