Sex Transmutation: How to Channel Sex Energy to Achieve Success 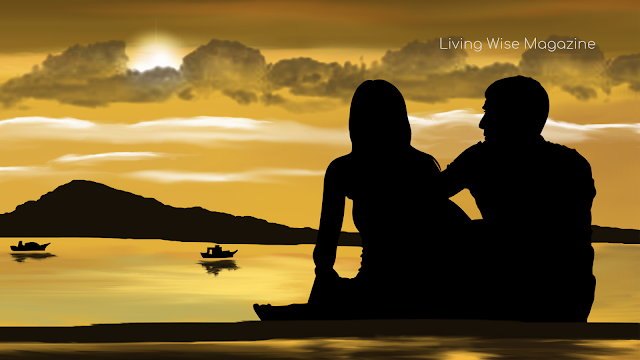 In Napoleon Hill's classic book, Think and Grow Rich, the tenth step toward riches is called ''The Mystery of Sexual Transmutation.'' What does sex have to do with getting rich, realizing your dreams, and becoming successful? Let me show you.

God created sexual desire primarily for procreation. It is natural, it is normal and it is good, but it is confusing to many people, especially as a force for creativity and success. It's the SEX part than is confusing...the word SEX in particular. Because of the moral, and cultural taboos surrounding procreation. We are either attracted by the word SEX in print or repelled by it. Most will be curious when they read the headline containing SEX in it.

''Every force in the Universe is about maintaining life.
Sex is about creativity, and creation. Sexual energy is about power.''

Let’s get right into it by defining the word ''transmute,'' which is, ''the changing, or transferring of one element, or form of energy, into another.''

So what, exactly, are we changing or transferring in this context? The desire for sex. In actuality the energy of desire.

Our world, and our various cultures are all about desire. Desire for riches and abundance. Desire for peace. Desire for health. Desire for the perfect mate. And, yes, overwhelmingly, the desire for sex, which is, of course, the most powerful human desire just ahead of the desire to stay alive.

Sexual energy the powerful life force that flows through all of us, is the life force of Creation itself. But it is a wild, natural force that can lash out and cause damage unless it is harnessed with love and wisdom.

Napoleon Hill stated it this way:

“When driven by this desire, men develop keenness of imagination, courage, will-power, persistence, and creative ability unknown to them at other times.”

The desire or urge for sexual expression is natural and inborn and it should not be suppressed or eliminated. Instead, it should be given an acceptable and practical creative outlet.

Sex transmutation is re-directing the mind from thoughts of physical sex into thoughts of another kind of creative effort. According to Hill, doing this has the potential to bring out the creative genius in all of us.

The thought of sex is a powerful stimulant. It boosts our enthusiasm, creative imagination, and creates an intense drive for action.

''When harnessed and redirected along other lines, this motivating force [sex] maintains all of its attributes of keenness of imagination, courage, etc. which may be used as powerful creative forces in literature, art, or in any other profession or calling, including, of course, the accumulation of riches.'' —Napoleon Hill

When you put yourself into the heightened state of emotional intensity that Hill has just described, you will be:

Sexual instinct, with it's need to be expressed is very powerful indeed, and anything that is very powerful needs to be controlled. Concerning the desire for sex, the key to an effective creative and productive life is to keep a balance between the procreative and your creative life by power of transmuting sexual energy.

When you learn to do this, you will have the best of both worlds.

Amy Jo Goddard shares her ideas on owning your own sexual power as part of the TEDxNapaValley 2014 "Going Against The Grain, embracing the unconventional" event.

Find out more about Amy Jo and her work here - http://amyjogoddard.com/