Post- Covid: Are We About to Enter a New Spiritual Age? 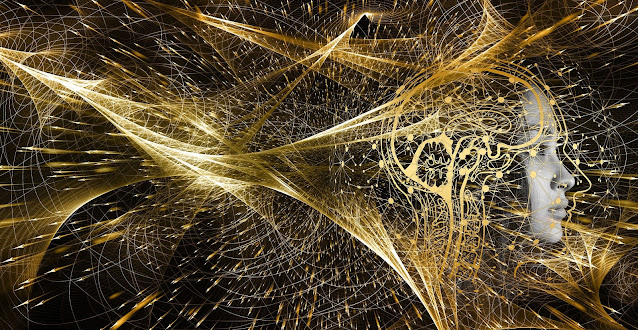 Many have now just started to sensed an important change in global thinking: a paradigm shift. That shift, a shift in global consciousness that many of us are feeling is the soon to be upon us spiritual age of humankind.

Contributing to the likelihood of this new age is that fact that the scientific community is loosening its long-standing grip on rigid materialism and reductionism in favor of an all-inclusive quantum reality in which everything is made of the same thing. These changes are moving human spiritual consciousness toward a 'we' oneness and universal state, and away from the 'I' and 'me' consciousness that has trapped humankind's spiritual growth.

Looking back through history, one can clearly see that the world has undergone many epic events that have tipped civilizations upside down and replaced them with new ones, with new morals and new belief systems.

Although it doesn't show up clearly in the mainstream media today, it appears that we have entered a totally new era of focus and thinking. This has been described as paradigm shift, which simply means an important change that happens when the usual way of thinking about or doing something is replaced by a new and different way.

''Christianity is not about the divine becoming human so much as it is
about the human becoming divine. That is a paradigm shift of the first order.''
—John Shelby Spong

(Referencing the above quote by Spong I will tell you that we are all spiritual beings having a  human experience.)

1. The prevalence and power of the Internet.(Information and knowledge has been increased)

2. The rise of non-corporate journalism (The Light of the Truth)

6. Shift to organic farming and consumption of a plant based diet (optimum human and planet health)

7. Shift to a positive abundance mindset and away from scarcity thinking (poverty and famine elimination)

8. A wider understanding of the necessity of developing a positive mindset (human to human connectivity)

9. The mindfulness that a global mind shift is in process (collective unconscious realization)

10. Realization and acceptance of one spiritual truth: 'oneness' (unification of soul and purpose)

In 1974 while in college I read an article by professor by Dr Clare W Graves that was published in The Futurist magazine titled Human Nature Prepares for a Momentous Leap. I was intrigued by it and it has always stayed in the back of my mind. I was fortunate enough to find it in my research because it describes our present cultural shift almost exactly. In it Graves describes an impending change in human consciousness that would be, in his words:

''…the most difficult, but at the same time the most exciting transition the human race has faced to date. It is not merely a transition to a new level of existence, but the start of a new “movement” in the symphony of human history.''

What Graves' research has shown is what has become to be known as ''The Archaic Revival''. According to Graves, humanity is at the present time making a momentous leap in consciousness, which is characterized, in part, by the re-emergence of old archetypal themes. One of these ancient themes is tribalism; not a regression to the tribalism of old, but rather the emergence of one global and complex interconnected tribe (the human race) with one language.

Interestingly the result of this new shift mirrors America's motto: 'Out of many, one' ( E Pluribus Unum).

The pattern of this progression toward the 'big leap' or paradigm shift is clearly defined and illustrated below in this diagram:

This pattern of change is the archetypal human experience.

It is what philosopher Joseph Campbell called the Hero's Journey. The hero leaves his or her stability life (home) as the result of some call that disrupts a comfortable lifestyle, decides to leave their comfort zone and commits to the journey and then they face tests and trials (stress). At some point there is a major upset and ordeal that causes them to 'hit a wall' (chaos) and the hero then undergoes a symbolic death and rebirth (crossing the barrier). Our hero emerges from the ordeal with a gift of some sort (renewal) and begins the journey home, where he or she is raised up on high (new stability) in recognition of their achievement. Again, very interesting don't you think?

Just like the pattern of stage progression above, this change pattern is scaled, from a single individual to a cultural group to the paradigm shift of our species. You can see how it resembles the rising and the setting of our Sun. Many old cultures realized this and used the Sun as a symbol to represent the human journey. It also represents the cycle of death and reincarnation as seen in the ancient Egyptian civilization. A simple illustration:

According to Graves' studies, the most significant change seen in human experience happens during the transition from Stage 6 to Stage 7, (as illustrated in the first graphic) and by extension when a critical population of people reach this transition, our world will experience extraordinary change.

We are, I truly believe, at that point right now.

We are on the very defining edge of stage 8—The Spiritual Age of Mankind. Defining because of what we humans are to become—fully connected and whole with the Universe(Creator) —divine spirits.

Similar epochs have arrived before but not at this level of complexity. This new spiritual age is a combination old tribalism, merging with nearly unlimited capacity for information storage/retrieval and unlimited access to cheap energy (direct solar). Plus our increasing ability to travel off planet.

It is also a full realization that God is with us (in whatever way you believe) and that we are indeed not alone in the Universe. And the best part again, is that it is happening RIGHT NOW before your eyes.

We are a single people.

There is a large segment of the population — a network of people who are becoming conscious of the nature of consciousness itself. A term to describe this is spirituality, but in summary it's simply about understanding the connection we have with each other and reality at large, as well as rediscovering the various layers which make up the 'self'. If you haven't viewed through this lens in your quest for clarity, you're unfortunately missing a profound piece of the philosophical puzzle.