Pros and Cons: How to Decide 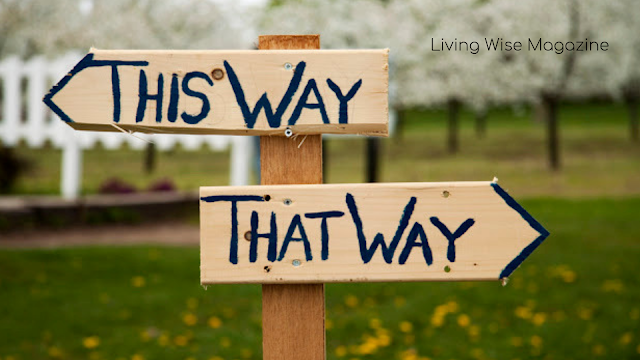 We human beings, as a whole, are surprisingly bad at making logical choices, especially when the decisions we have to make involve too many conflicting options. Many people give up and leave their decision-making up to others by taking a vote, throwing a dart in a map or tossing a coin.

''When you see how the President makes political or policy decisions, you see who he is. The essence of the Presidency is decision-making.''
— Bob Woodward

The process of decision making can be made much easier if we weigh all options using a 'pros & cons' list. One of the greatest men in American history used this method. Below Benjamin Franklin describes how he used the 'pros & cons' list.

"My way is to divide half a sheet of paper by a line into two columns; writing over the one Pro and over the other Con. Then during three or four days’ consideration, I put down under the different heads short hints of the different motives, that at different time occur to me, for or against the measure. When I have thus got them altogether in one view, I endeavor to estimate their respective weights; and where I find two, one on each side, that seem equal, I strike them both out. If I judge some two reasons con equal to some three reasons pro, I strike out five; and thus proceeding, I find where the balance lies; and if after a day or two of further consideration, nothing new that is of importance occurs on either side, I come to a determination accordingly.''
— Benjamin Franklin

As you can see from the above quote, Ben Franklin happily used the pro and con chart himself and must have used it often. He also added his own version of it by weighting his various motives. This method that Dr. Franklin used is pretty clear and straight forward.

All you'll need is a pen and paper to get started. Draw a line drawn down the middle so that you can designate one side as 'pros' and the other as 'cons'. You will also want to write the subject or question at the top.

Remember that all pros and cons don't carry equal weight. For example, if you were to make a list of pros and cons about moving to another country some of the would be the sunny weather, the lower cost of living and the adventure, but the single con of 'homesickness' might be much more important to you. In that case, one con could be worth ten or the other way around. To solve this, give each point a 'weight' – put a score next to each item. (a value of 1-10) You can then add these up to create an overall score that should tell you which option is best.

Discuss the list and ask for advice. Sometimes it is hard being fully objective using this method. You may well find that you currently value one element of the list much more than the others due to your personal experience or bias. So, talk the list through with someone. It is still your decision, but if you will want to be as objective as possible.

Narrow it down by being specific. Take the time to really think and add detail. When you review the list you will get stronger feelings for which option is the least negative (and most positive!).

Go with your intuition or 'gut feeling'. Most of the time you will come up with a clear winner and your decision will be made after you have listed all options and weighted them. But sometimes not. What to do then? Sleep on it. Let the decision rest as you rest. Your subconscious mind will process all this information for you. When the morning comes let your intuition or 'gut feeling' make the decision.

Evaluate. Learn from everything you've done. Build awareness of what's working and what isn't and share your learning. If new information is discovered that alters your plan go back, and revise your plan.
Everyday decision-making around the world is constantly based on what came before us.
____________________

Rebecca Stephens, the respected journalist, and ex-deputy editor of the Financial Times magazine, 'Resident Abroad' was the first British woman to reach the summit of Mt. Everest, She maintains an impressive balance of mountaineering and media involvement: having published two books and competing alongside Ranulph Fiennes in various Eco-challenges.
For more information: http://www.rebeccastephens.com