Thought: The Intangible Force of Creation 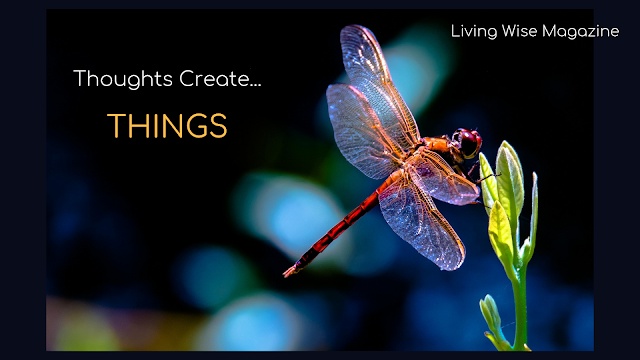 The writer/poet Ella Wheeler Wilcox gave evidence of her understanding of the supreme, intangible force of the subconscious mind in this verse:

“You never can tell what a thought will do
In bringing you hate or love—
For thoughts are things, and their airy wings
Are swifter than carrier doves.
They follow the law of the universe—
Each thing creates its kind,
And they speed O’er the track to bring you back
Whatever went out from your mind.”

Yes, the greatest intangible force in the Universe is thought. A THOUGHT. Thinking about possible positive out comes, will create IDEAS (thoughts) that lead to positive results. Period.

God allowed light to enter into being. Even for God to do so required a thought. ONE thought. The singularity. WE, being created by Him, in His image (a representation) use the very same formula to manifest matter. We translate and transmute thoughts into things. It can be no other way. The intangible becomes the tangible. Energy becomes matter, and matter reverts back to energy. Life cycle. This foundational principle of how the Universe was created is raw and simple just as the foundation of all matter. Starting with the construction of one hydrogen atom. Then another and another...then squeezing a whole bunch of them together to form a star. Very simple stuff. The complexity as we know come with the details and nuances. 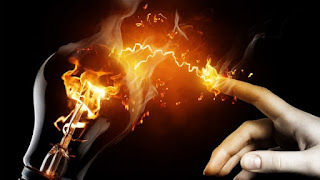 There are two major units of the mind. The conscious, curious, self-aware decision making part. And the buried, backroom, behind the curtain part. The former guards and feeds the latter.

The subconscious mind is molded by the thoughts presented to it in proportion to the level of emotion or feeling attached to those thoughts. Logical or cold ides have much less attachment value. In fact, it is this writer's opinion, that only thoughts with attached with strong feeling have any influence on the subconscious mind. I also know that emotion or feeling, rules the behavior of mankind. We use it in marking and advertising every day. Politicians are masters of it. (Beware by being aware).

What then, is the evidence of a person who has mastered the harnessing of the intangible force? You see it. They 'seem' to be people who attract good things. They appear 'lucky' or blessed. (they are very blessed, believe me because they know the 'secret'). They are active people and they get the job done. They know that, so how they think, so they are.

THE Intangible Force? Thought. A thought can be positive or negative. It can be light or it can be dark. It is the universal way of being, because the Universe and all the laws that govern it are the same way. It is duality of existence. It is digital if you will. On/Off. Binary code like this: 01100001.

Here is the practical lesson and the core of it:

There are seven primary positive emotions, and seven primary negative emotions. The negatives voluntarily inject themselves into our thoughts, so we must take charge consciously, be proactive in our thinking to influence and create positive outcomes.


THERE ARE SEVEN (7) PRIMARY POSITIVE (+) EMOTIONS
These emotions can't exist in your mind at the same time. Therefor they are your choice! One or the other must dominate your mind. Again, you choose your dominating thoughts. It is your responsibility to make sure that positive emotions dominate your thinking.

Remember that your dominating thoughts attract, by a definite law of nature. This is done by the shortest and most convenient route, (nature is very efficient). Guard against negative influences by being careful what your thoughts land on. Dwelling on the negative just contributes to a negative's power.


What Kind of Reality are You Creating?

Reality isn't something you perceive; it's something you create in your mind. Isaac Lidsky learned this profound lesson firsthand, when unexpected life circumstances yielded valuable insights. In this introspective, personal talk, he challenges us to let go of excuses, assumptions and fears, and accept the awesome responsibility of being the creators of our own reality.