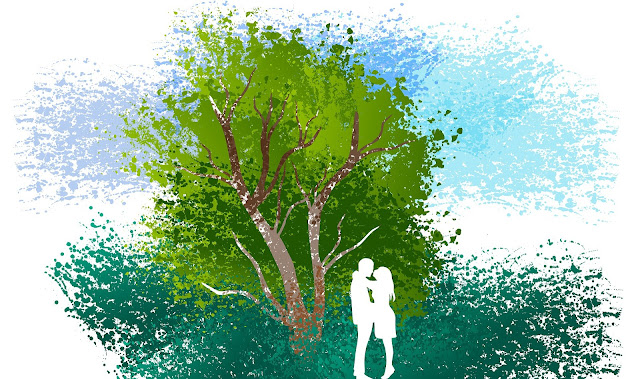 Only during the past generation have we discovered that babies need to be held and touched. We now know that they cannot grow and that they will literally fail to thrive unless they share physical and emotional closeness with another human being. Growing up doesn't alter that need either. We are social creatures.


''True marital intimacy depends, in large part, on truth that is lovingly told while laying in bed.''

In a close personal relationship such as marriage, it is 'hurt feelings' that very often set the union toward the divorce cliff and set it crashing to the rocks below. How do the hurt feelings get a foothold? It all starts with the 'illusion of perfection'. ''We are going to live happily ever after!'' This is often said as an end all, because the new bride and groom don't know, or don't understand that any relationship needs to be tended to and cultivated. Time passes and then they become disillusioned when things start get rough. Things start to go off track, and then they become confused by their strained relational situation. A great deal of unhappiness ensues as each of them struggles to get back to that original happiness.

What is the preventative or restorative cure? It is intimacy. It is the prime ingredient in a happy union of two human beings. Let's look at the how and the why.

Say what you want and need. If you expect your spouse or close friend to understand what you truly need, then you have to tell them. Of course that means you have to find out for what you really need first.

Talk about it. You can't expect your partner in crime to be sensitive and understand
exactly how you feel about something unless you're able to talk to them about it and communicate clearly how you feel.

Ask questions. If you don't understand or like what your best friend is doing, ask them questions about it (nicely) and why they are doing it. (nicely).  Explore. Talk. Listen and never ASSUME.

All human beings require intimacy. We are social beings, we were created to be that way. In all of our relationships, the meaning and degree of intimacy is variable.

Anthropological research shows that intimacy is the product of a successful mating seduction, which is a process of trust building that lets two people disclose, with confidence, previously hidden thoughts and feelings. In other words, intimate conversations become the basis for truth telling, and sharing 'secret' knowledge. These intimate revelations bind a couple together.

Sustaining this level of intimacy on a long term basis requires a very well-developed emotional and interpersonal awareness (mindfulness).

Lastly, true intimacy requires the ability to be both separate and joined participants in and within the relationship. A healthy marital union for example is often described as a pair of people who are 'coming and going', that is, continually separating during a normal day to do 'their own thing' and then coming back together again to re-bond and share their emotional and physical closeness.