DNA, Human Design and The Tree of Life 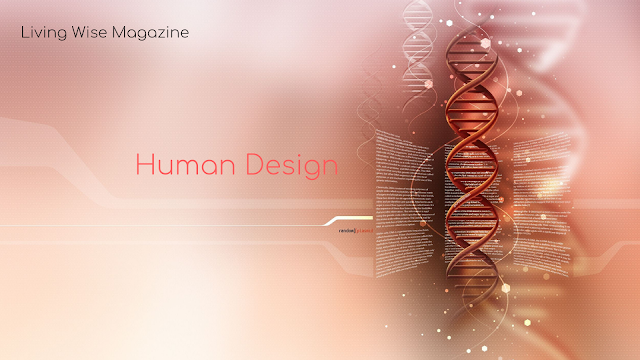 The Tree of Life

''Then the LORD God said, "Behold, the man has become like one of Us, knowing good and evil; and now, he might stretch out his hand, and take also from the tree of life, and eat, and live forever"-- therefore the LORD God sent him out from the garden of Eden, to cultivate the ground from which he was taken.…''

Before we get to the scientific and esoteric stuff some history of the Christmas tree (that symbolizes the Tree Of Life).

Christmas trees can be found all over the world, but medieval Germans were the first to fully embrace the tradition. Even before that, many cultures, including ancient Egyptians, worshipped evergreen trees and branches as a symbol of eternal life.

Trees have long been used to decorate homes. Ancient Chinese, Hebrews, and Egyptians viewed evergreens as symbols of eternal life. European pagans "decked the halls" with evergreen branches to bring in life during the dark days of winter. But, medieval Germans are credited with starting the Xmas tree tradition. They brought fir trees inside on December 24. The trees were decorated with wafers, candles, and red apples. These "paradise trees" symbolized the Garden of Eden.

17th-century German settlers brought the tradition to North America. The tradition didn't catch on with most Americans until Queen Victoria popularized it. In 1846, Victoria and her German husband, Prince Albert, put up a Xmas tree. They decorated it with toys, candy, popcorn, and cakes.

Once word spread, the popularity of Christmas trees took off. It became a tradition throughout England and North America. Now, they can be found all over the world.

Now for the history and science you may not know about.

Evidence of DNA Manipulation in Humankind's Distant Past

The Human Genome Project has turned up some real surprises. The first surprise was that a vast percentage of the human DNA is inactive. It is estimated that at least 97% of our DNA is in actual fact a waste of space, as it does not contain any active genes that actually carry the code for any of our physical makeup. Then within the genes there are Introns - parts that do not carry any code; and Exons - sections that carry some sort of genetic code. The full length of our DNA is made up of some 20,000 genes that have now been identified. These genes carry the blueprint for the structure of our entire body.

What is very puzzling is the fact that Homo sapiens(human beings), as the supposed pinnacle of civilized evolution on this planet, should have such large parts of unused DNA. We seem to have the longest DNA molecule among all other species, but we use the smallest part of it in proportion to the other species. In other words, all the other creatures use much more of their DNA than humans do. Some species use as much as 98% of their DNA.

This flies directly in the face of the principles of evolution. Humans should have the most complex and evolved DNA of all creatures, to have reached levels of civilization seemingly much higher than any other species on Earth over millions of years of evolution. What is even more curious is the predicted number of genes in species. The numbers seem to increase steadily from basic organisms to the most advanced. We would expect that humans should end up having most genes, but strangely this is not the case. Here are some examples of the predictions for total number of genes in species. Fruit Fly 21,000; Zebrafish 50,000; Chicken 76,000; Mouse 81,000; Chimp 130,000; Human 68,000.

Do you see something odd here? The Chimpanzee is our closes known genetic relative and yet it has almost twice as many genes as humans. And then we get to the anomaly of the chromosomes. Our DNA is broken up into 23 pairs of chromosomes. By comparison, all apes have 24 pairs. One would expect that Homo erectus, our immediate evolutionary relative would then also have had 24 chromosome pairs.

Several years ago, researchers from the National Human Genome Research Institute announced that "A detailed analysis of chromosomes 2 and 4 has detected the largest "gene deserts" known in the human genome and uncovered more evidence that human chromosome 2 arose from the fusion of two ancestral ape chromosomes" as reported in Nature. It is also the second largest chromosome we possess and it seems to make no sense why 2 primordial chromosomes should have merged to make us human, if this new chromosome gives us no apparent advantage for survival.

So when we read in the Sumerian tablets that humans were cloned as a sub-species between Homo erectus and a more advanced human-like species that arrived on Earth some 400,000 years ago, it suddenly makes a little bit more sense. The tablets describe how our maker removed certain parts of the "Tree of life" to trim the ability of the new "creature" and how they struggled to make the perfect "primitive worker" so that it could understand commands but not be too smart to question their existence. Similar suggestions of genetic cloning are made in The Koran and Hindu Laws of Manu.

A Road Map to End Aging

Cambridge researcher Aubrey de Grey argues that aging is merely a disease -- and a curable one at that. Humans age in seven basic ways, he says, all of which can be averted.

History of people in the field