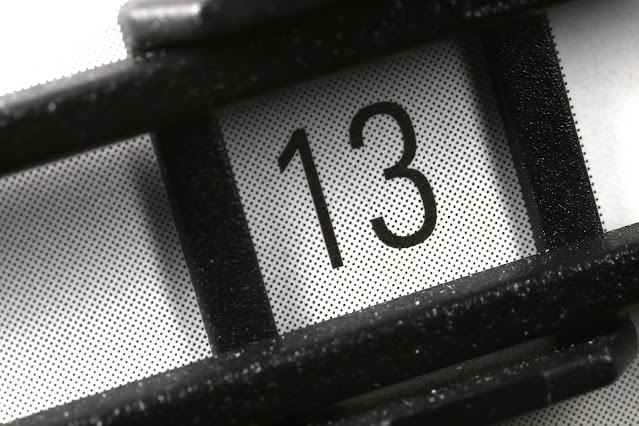 Superstition: a belief or practice resulting from ignorance, fear of the unknown, trust in magic or chance, or a false conception of causation.
by Michael Corthell

Superstitious beliefs are very common throughout the world. They aren't discussed very much and are for the most part just accepted. These false beliefs vary across cultural lines and among nationalities but they all have the same beginnings: ignorance, as we shall see.


''Religion without morality is a superstition and a curse,
and morality without religion is impossible.''
— Mark Hopkins

Are you a slave to your superstitions? Do you turn around when you see a black cat? Do you avoid stepping on a crack (so you won't break your mother's back!), because your are sure that your day will be ruined? Have you broken a mirror, and felt the doom that your life was ruined for the next seven years? If you feel this way, then it may be time to break the habit of superstition by standing in the light of the truth and to learn that true luck is knowledge, wisdom and action — hard work.

Here are some ways to move away from being superstitious.

Learn the origins of the superstitions. For example: Did you know that the that idea that it’s bad luck to walk under a ladder came from the very real possibility that it is actually was dangerous to walk where work tools are likely to fall? Here is another one: In 18th century London, umbrellas with metal spikes became popular, and opening them indoors was a hazard. So, then it became common knowledge that opening an umbrella indoors was considered 'bad luck,' although this was really done to keep people safe! Common thread: ignorance.

Know that there’s no rational proof that superstitions can affect you. Is there any rational reason that the number 13 should be unlucky? Why should black cats be more unlucky than any other cat? There is none.

Take a close look at which superstitions cause inconvenience in your life. Do you constantly stare at the ground to avoid stepping on cracks and then bump into people on the sidewalk? Do you take a detour so you can avoid crossing the path of a black cat? Ask yourself if the anxiety you feel follow superstitions routines is actually good for you and bringing you any good energy.

Don't use superstitious beliefs to make decisions. When you make decisions, use common sense and a sound reasoning, not weird feelings and supernatural signs. If someone asks you to meet them at a certain place, take the path that makes the most sense instead of a lucky one. Don't wear your 'lucky' spring jacket in a blizzard.

Realize that you alone have the power to make your own luck. You can't control all the circumstances in your life, you can control how you react to them. This is more important than feeling lucky or unlucky. Everyone deals with bad luck. The real power we have is to face negative circumstances with a positive mental attitude, and of make plans to improve upon these circumstances, instead of using superstitions or rituals to change negative outcomes. Simply stated, good luck is gained through hard work.

The bottom-line, once again is knowledge combined with a positive attitude. Always expect the best instead of the worst. Yes, expect the best things to happen for you instead of only imagining the worst possible outcomes. If you're convinced that everything is going to go wrong for you, then they will go wrong for you. If you think that you’re going to have a great day, then more than likely you will.

A note of caution. Seek help if your superstitious beliefs have taken over your life. This could be an indication of OCD (Obsessive Compulsive Disorder). If you feel like your life is ruled by a series of rituals and that you can’t go about your daily life without following a very specific routine and panic if you have to do something unexpected, then you may have a medial issue to have checked out. Don't be ashamed, get a solid medical opinion.

All human behaviors are on a continuum. Remember that any behavior can become an addictive obsession. And also know that our strengths can be come weaknesses through ignorance.

Where do superstitions come from? - Stuart Vyse

Are you afraid of black cats? Would you open an umbrella indoors? How do you feel about the number 13? Whether or not you believe in them, you’re probably familiar with a few of these superstitions. But where did they come from? Stuart Vyse shares the weird and specific origins of some of our favorite superstitions.
"Supposing there was no intelligence behind the universe, no creative mind. In that case, nobody designed my brain for the purpose of thinking. It is merely that when the atoms inside my skull happen, for physical or chemical reasons, to arrange themselves in a certain way, this gives me, as a by-product, the sensation I call thought. But, if so, how can I trust my own thinking to be true? It's like upsetting a milk jug and hoping that the way it splashes itself will give you a map of London. But if I can't trust my own thinking, of course I can't trust the arguments leading to Atheism, and therefore have no reason to be an Atheist, or anything else. Unless I believe in God, I cannot believe in thought: so I can never use thought to disbelieve in God."