Having A Divine Mindset 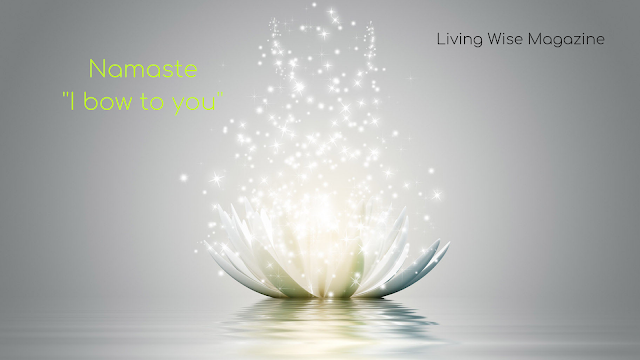 The gesture Namaste is representative of the belief that there is divinity within each of us, that is located in the core or soul of our being. This gesture is an acknowledgment of the soul in one by the soul in another. In other words, ''Hey, brother/sister, we are simpatico!'' or on the same wavelength.

A translation of ''My divine soul recognizes the divine soul in you'' is indeed a great statement that parallels Hindu belief, but as a stand alone word is translates directly as ''I bow to you.''

A brief explanation of the word, 'namaste'. Namah is the verb “to bow” in Sanskrit. 'te' is word suffix that means ''to you.''

To understand the Namaste Mind set, I present a standard Hindu prayer that is illustrative of both the greeting Namaste and Hinduism in general:

Om Param Atmane Namah, when translated literally means, ''I bow to the supreme Self.'' 'Self' as used here means the Supreme Lord of Creation, the True Self of All or the Infinite Intelligence(God).

How does this aspect of Hindu philosophy tie-in and parallel Christianity or other Abrahamic religions?

Therefore, Namaste and Alleluia/Hallelujah are very similar, if not the same spirit of meaning. The mindset of both is the expression of gratitude toward our Creator, God Almighty and the acknowledgement of our unity with Him and us all, as well as all creation. (also see: Shalom)

A brief mention of how most major human belief systems have a core of commonality. You can see it here in comparing Namaste and Hallelujah as well the foundational teachings of Jesus (God incarnate). Traced back, God, the creator, is at the core of and is the 'whole' or the "singularity"and first cause.

What is the real meaning of Namaste | Jeroninio Almeida

This is a motivational talk about inspiring solid character to unleash heroic potential in each and every individual. The speaker explains the true meaning of Namaste and explains how character rooted leadership originated from India and how it can be cultivated using the MOJOSH Inspirator Model.  Bestselling author and celebrated orator, he is a life coach who has worked with several CEO’s, politicians and athletes. He will soon launch his book series. He is a social activist, philanthropist, UN advisor and missionary entrepreneur. He has addressed parents, educators, principals and students in top schools across India and now planning the International Volunteering Olympiad, a school/ college student awards initiative for citizen action accompanied by Certified Leadership Development Program to inspire solid character and  unleash heroic potential in all students.