The Guest Book: A Novel of Acadia—How Does It Begin??


You asked, you wanted to know. You emailed. All of you said, ''I can't wait to read this book.'' and, ''At least tell us how it begins!''
So, with no further delay dear readers, here it is...the beginning of a novel that will make you feel, to the depth of your soul, the real value of each one of us. You will walk away from this story knowing how important it is to love and to never give up...
It starts with our main character, Dominique:
''The impact of the crash woke her, panic clutching at her heart, squeezing her throat. She sat bolt upright in her bed, gasping for breath, eyes wide with horror. Panting, with a soft moan escaping her lips, she caught sight of herself in the bureau mirror. A terrified woman, ebony skin, neat cornrows in graying hair, staring dark eyes, a curvaceous form. The early morning light touched the dark corners of the room, landed gently on the brightly colored quilt wrapped in confused contours around her legs. She looked around the room, trying to calm her night terrors. All was familiar and far from the horror she’d seen in her dreams. The child’s faded artwork on the walls. The mason jar of sea roses on the bureau. She felt the peace returning, creeping quietly like the mist over Seal Cove. She drew in a breath, forcing it deeper and deeper into her lungs. Calmer now. The nightmare fading into the background...Swinging her feet to the floor, her toes automatically sought the comfort of her worn slippers. She reached for her silk robe, soft peach, sliding its shimmering lightness over her back and arms, hiding the ugliness of the scars that would never fade. Much to be done, she reminded herself with gentle sternness. No time for megrims and shadows. Folks are coming. Much to be done.''

Available for purchase locally at Bridgton Books
or online at AMAZON.COM 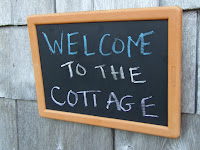 The Guest Book tells the stories of four different families and centers around a local resident named Dominique. Dominique is the owner of a cute cottage that she rents out on a vacation website. She is a mysterious presence throughout the story, her own scarred past gradually revealed as the story unfolds. She serves as a shining example of the good we can each do for others, even while we are enduring our own difficult pasts. Each character tells a tale that will resonate with everyone. They are your friends, your family, your neighbors, and yes, you. It is a poignant reminder that we are all connected, all united, on this human journey.
This heartfelt novel weaves five stories of tragedy, triumph, sadness, and hope that will leave the reader filled with their own sense of hope and optimism. It is an uplifting story that just had to be told. The author, Caroline D. Grimm said, ‘’In August of 2016, I was taking a long weekend trip to Acadia National Park.

Mount Desert Island (MDI) is the largest island off the coast of Maine and the second largest (behind Long Island, New York) on the eastern seaboard of the United States. Nationally known as the home 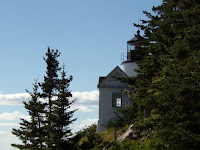 of Acadia National Park and the town of Bar Harbor, it draws millions of visitors each year yet only has an approximate year-round population of about 11,000.

There are many people who are surprised to hear that there are actually only four official townships on the island. They are Bar Harbor, Mount Desert, Southwest Harbor and Tremont. Bar Harbor encompasses the sections of Eden (once the original name for Bar Harbor), Hulls Cove, Salisbury Cove and Town Hill. Mount Desert, although having no official town “center,” consists of Hall Quarry, Northeast Harbor, Otter Creek, Seal Harbor and Somesville. With Southwest Harbor comes Manset 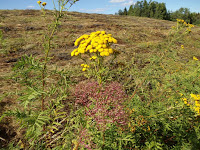 and Seawall. Bass Harbor, Bernard, Seal Cove, and West Tremont are part of the town of Tremont. According to the 2010 Census, the year-roud population of the four MDI towns are as follows: Bar Harbor at 5,235, Mount Desert at 2,053, Southwest Harbor at 1,764, and Tremont at 1,563. The total is 10,615. According to the Tremont Town Manager, there are no year-round residents on the smaller out-islands such as Gotts Island. To view a list of the various towns and villages, including those near Schoodic Peninsula, visit Towns & Villages of Acadia.