A look back, through photographs, at the surprise attack that killed 2,300 American servicemen and propelled the U.S. into World War II. 1. Believed to be the first bomb dropped on Pearl Harbor, Hawaii, in the sneak-attack on Dec. 7, 1941, this picture was found torn to pieces at Yokusuka Base by photographer's mate 2/C Martin J. Shemanski of Plymouth, Pennsylvania. One Japanese plane is shown pulling out of a dive near the bomb eruption (center) and another in the air in the upper right.
AP 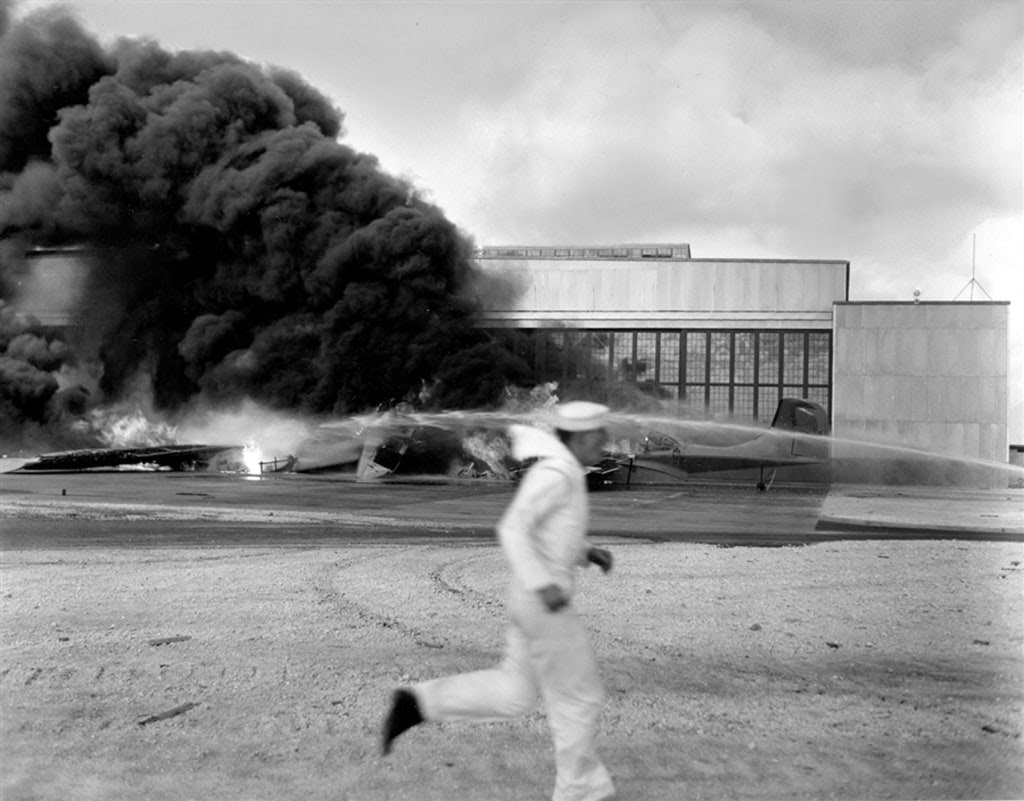 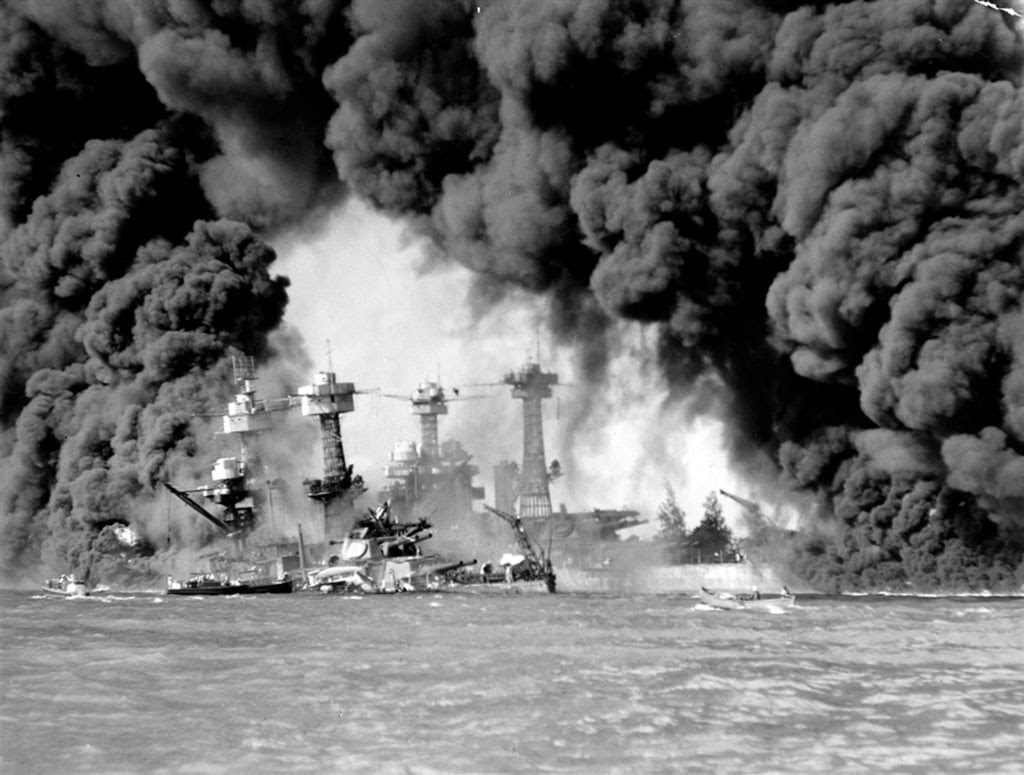 5. The battleship USS Arizona belches smoke as it topples over into the sea. The ship sank with more than 80 percent of its 1,500-man crew, including Rear Adm. Isaac C. Kidd. AP 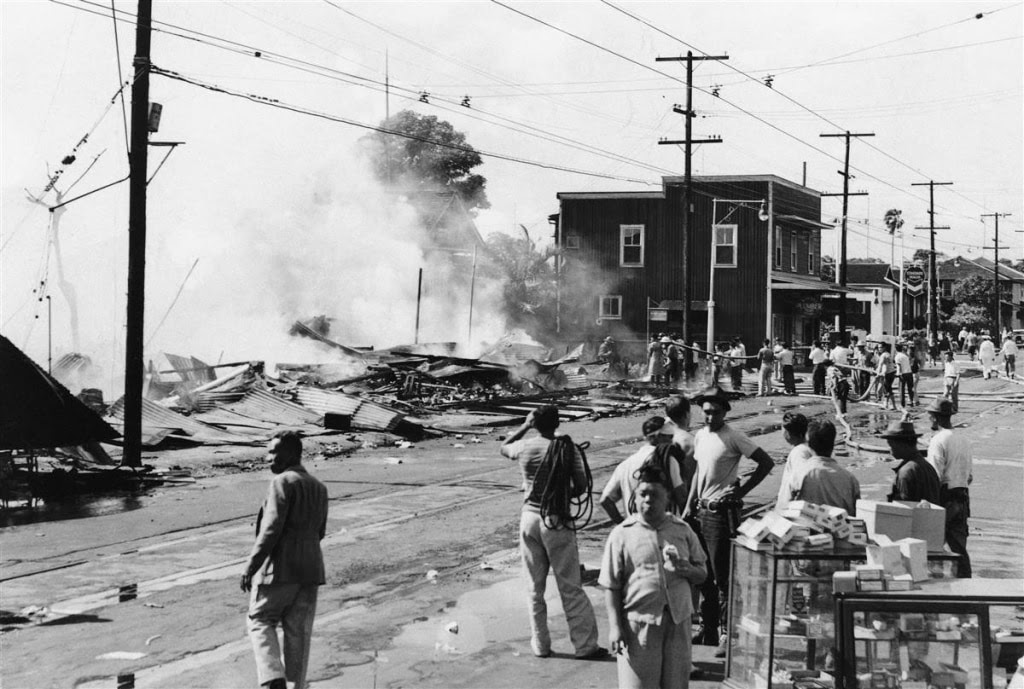 6. The wreckage of a drugstore smolders in Waikiki. 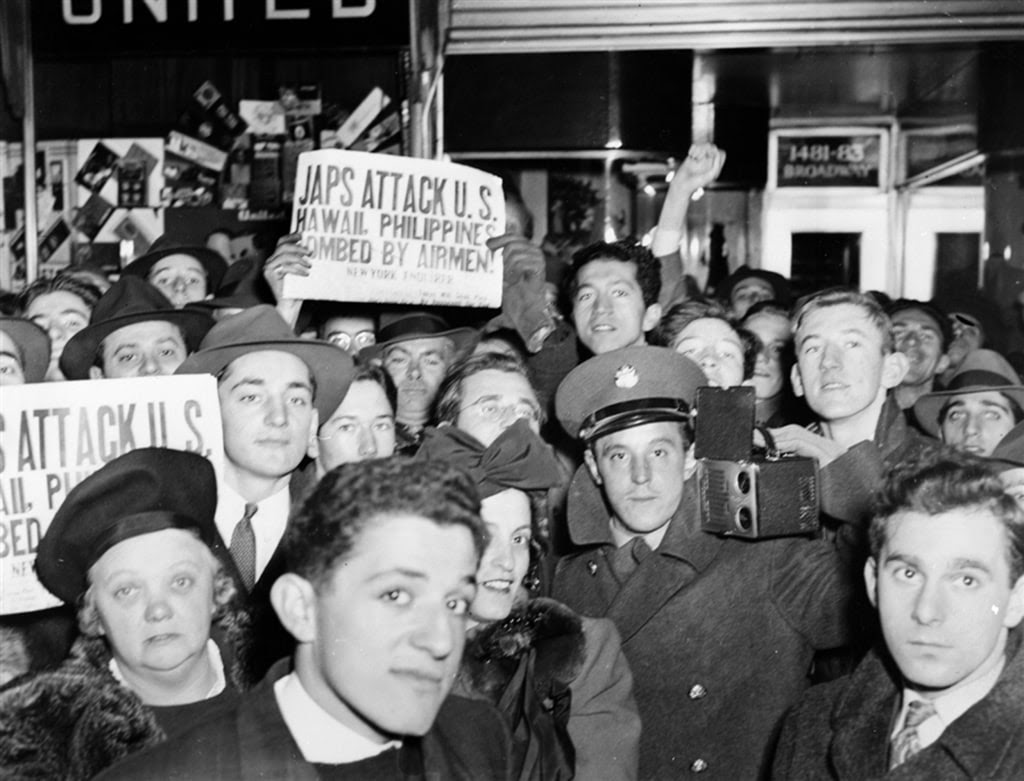 8. A crowd on Broadway in New York City hold up newspapers announcing the Japanese attack on Pearl Harbor, Hawaii, during World War II.